Got back last night and had fantastic time.
Firstly, the bike, Honda CB1300...
The bike did everything I asked of it. I did 2740 miles without a single problem.
Every 900 miles or so whilst the chain was still hot I gave it a dose of chain lube.
The bike didn't use a drop of oil.
My pre-planned route took in Burgos, Segovia, Guadalupe, Llerena, Aracena, Antequera, Malaga, Orgiva, Carboneras, Cartagena, Xativa, Alcaniz, Barcelona, La Seu d'Urgell, Broto, Logrono then back to Santander.
Half my hotels were paradors and the other half were really nice hotels. My accommodation averaged around £75 . This would have been better value if someone had been with me as that obviously would have been £75 for two, but my wife is too nervous to ride pillion and for my pals the trip was too far.
I put in 95 Ron petrol most of the time but I sometimes filled up with 98 Ron at around €1.45 per litre.
I averaged around 180 miles per day split up into around 2 hrs before a break.
I'd stop for a coffee and sometimes at a restaurant for the three course Menu del Dia for around €10.
On many of the roads I had Spain to myself with just no traffic. The road surfaces were superb.
Half the time I was doing repeated tight hairpins in the mountains and the other half, undulating roads with fast sweeping bends to the left and right just rolling off and rolling on the throttle.
I didn't see a single GB bike until I got around to the Pyrenees. I only saw three in total whole trip .
I spent a day in Barcelona and didn't like it at all. After all the freedom, the crowds I could have done without. I could have had another day in the Pyrenees.
My initial numb bum got better and better each day until I wasn't feeling any soreness.
You get a bit of a clawed hand when you get off the bike each time but soon loosen out. My left hand funnily enough got more locked up than my right.
Because I have a go, I needn't have worried about my spanish vocab concerns. Before I went I learned to count to ten, say Hola, Buenos Dias and Buenas tardes and Gracias.
During the trip I continued to pick up Restaurant/Bar phrases like " May I have another ... please?" etc.
They only spoke english in the hotels in the more popular areas, not so much when I was out in the sticks.
I had everything in one Cargo Endurance bag. I took five t-shirts for bike riding with a view of washing them along the way. The weather was so brilliant I could easily have taken just three.
The drying weather was so good I actually washed my kevlar jeans twice and they dried in the sun in four hours.
I took a pair of trainers and a pair of brown polushed deck shoes. One pair of Cargo trousers where you can unzip the bottom to turn to shorts plus a pair of Mountain Warehouse shorts.
I had a pair of swimming shorts, three short sleeve shirts for evenings and two, quick drying long sleeve.
I took five pairs of high wicking underpants ( Under Armour and Paramor) and could easily, easily have got away with three and actually ONE as the weather was so hot I was washing what I had on in the evening and it was drying in the sun on hotel balcony in no time!
I sometines rode in 40°C but no problem on bike. I've got a Hein Gericke Air Mesh jacket that was perfect.

I had no rain apart from Barry to Plymouth first day.
The food was great and I loved the tapas. I enjoyed the wine, " Una copa de vino tinto, por favor".
In the north of Spain attendants filled your tank up when refuelling. I always bought a 1.5l bottle of water as well to drink along the way. Sometimes I had a Red Bull.
I wrote a journal along the way. I'd bought a leather backed beauty with high quality, almost parchment like paper beforehand.
I'd often sit at the dining table writing away and I often wondered if the management thought I was some kind of food critic

One waitress with a bit of English asked if I was famous !!!!!

You pick up loads of stories to tell along the way.
Up in the Pyrenees I had a Griffon Vulture fly past me.
Trying to stay upright riding through tight, v shaped cobbled streets in hilltop villages because I missed a sat nav turn.
Ordering food and you don't know what you've ordered. etc etc .
I'd downloaded every day's route on to the sat nav and pre booked the hotels.
I'd say roughly, for my three weeks away the ferry crossing Plymouth/Santander, all the hotels, drink, food, fuel, spending money came to around £2200 - £2500 and it was worth every single penny.
Every morning I was striding to the bike with the excitement of the riding for that day. I could have had a holiday with my wife in any of the cities but for ne it was all about the brilliant riding.

Great roads and no traffic.

Now the planning for next year.
Top

Nice tour & thanks for sharing. 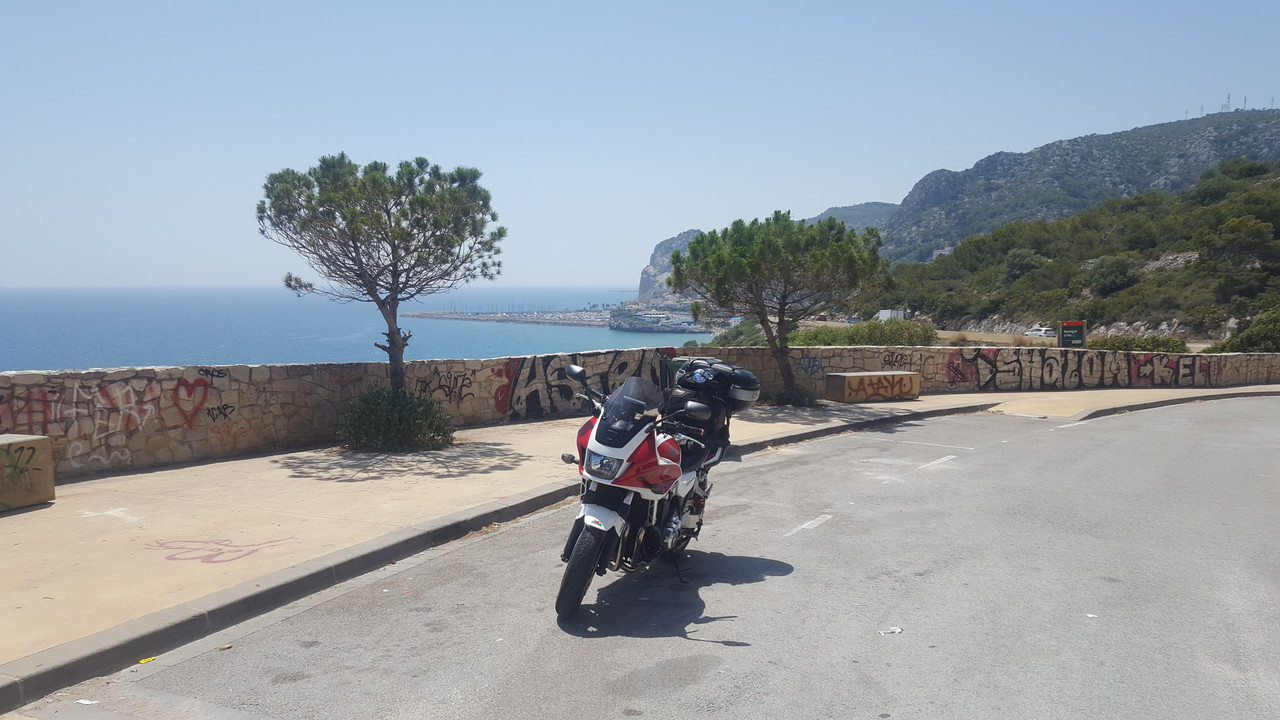 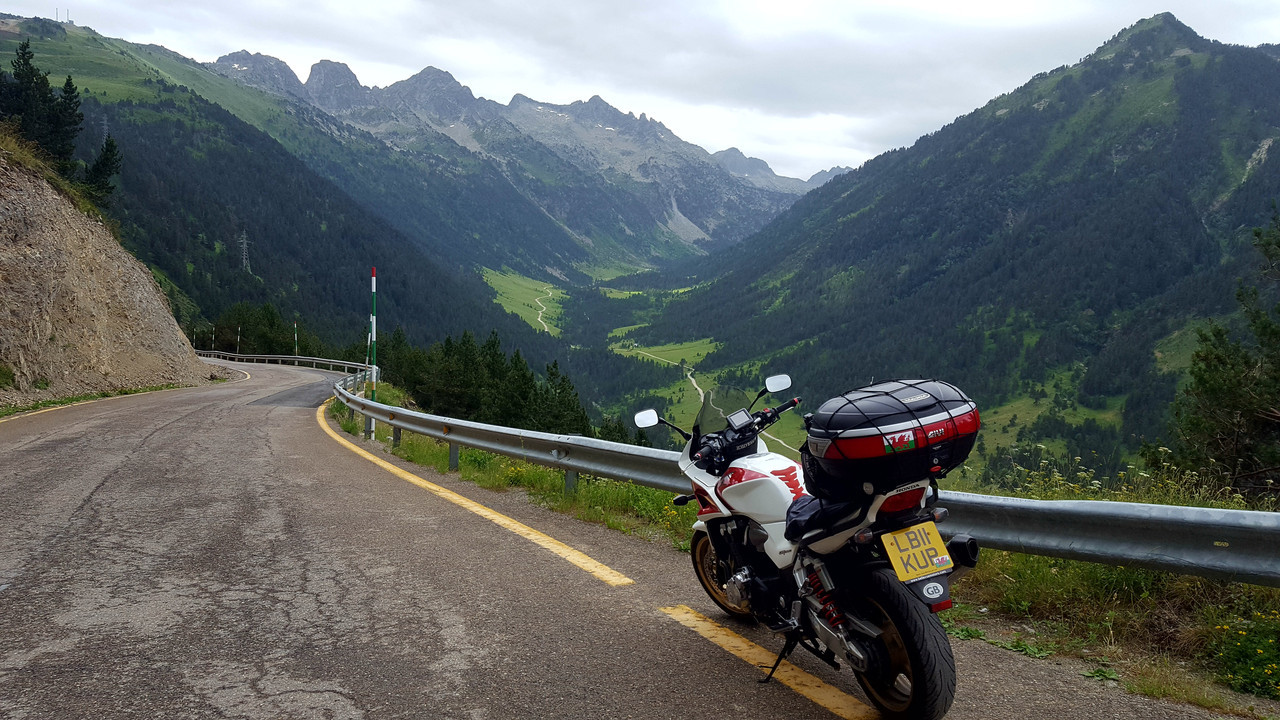 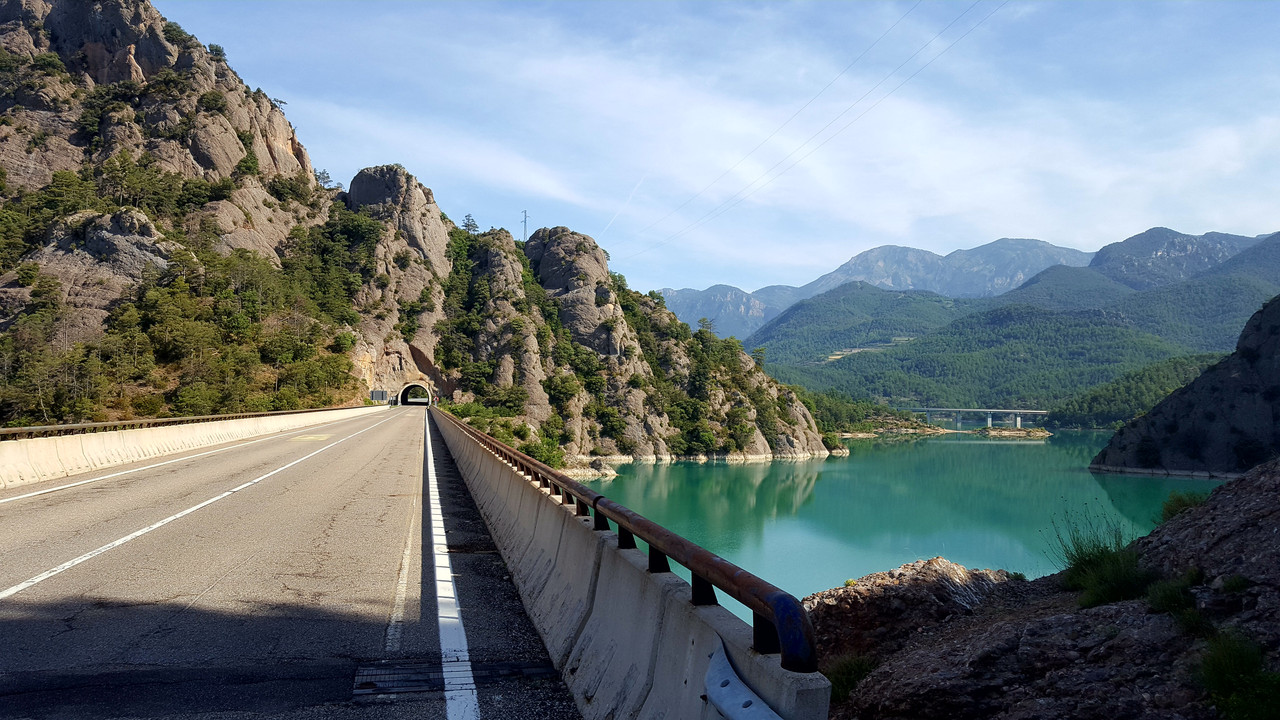 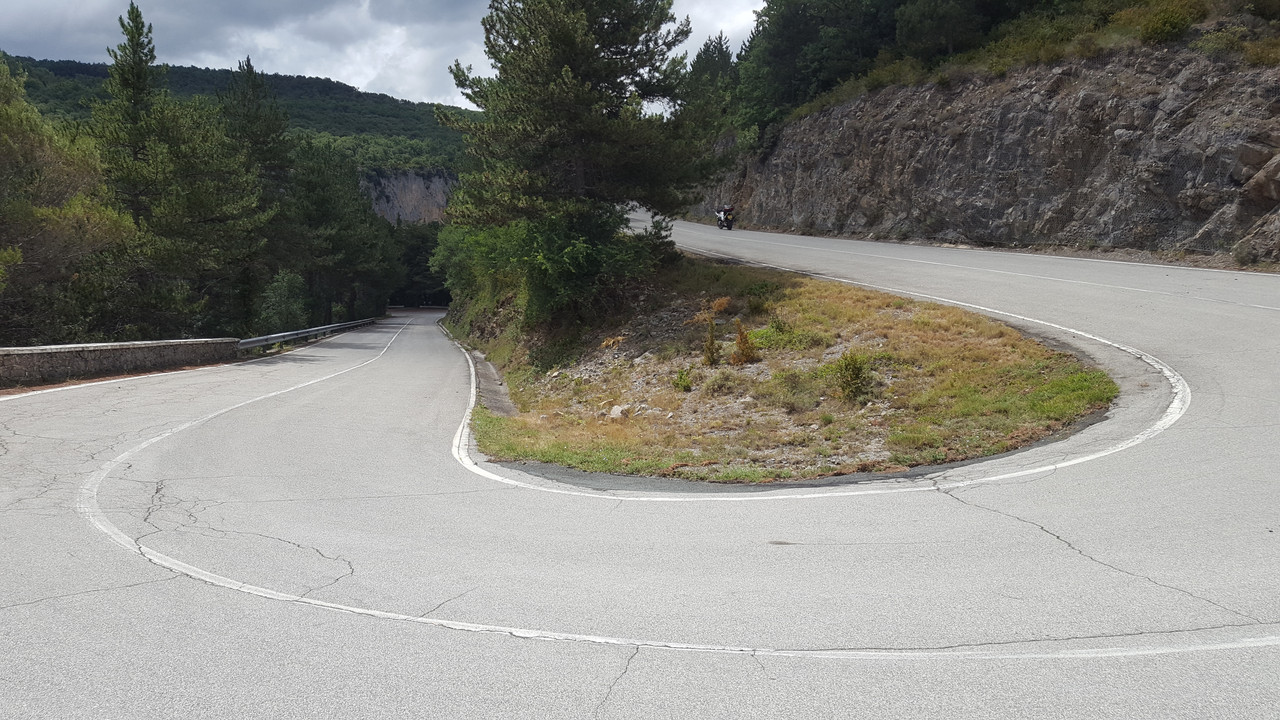 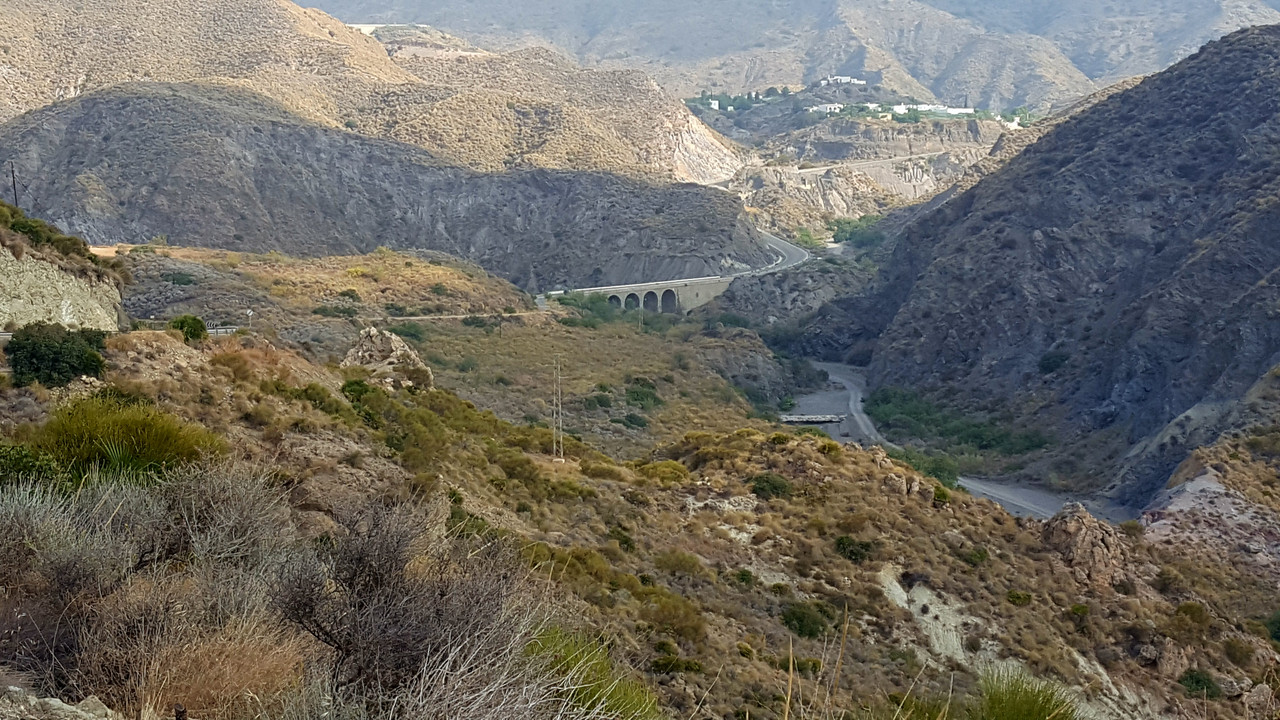 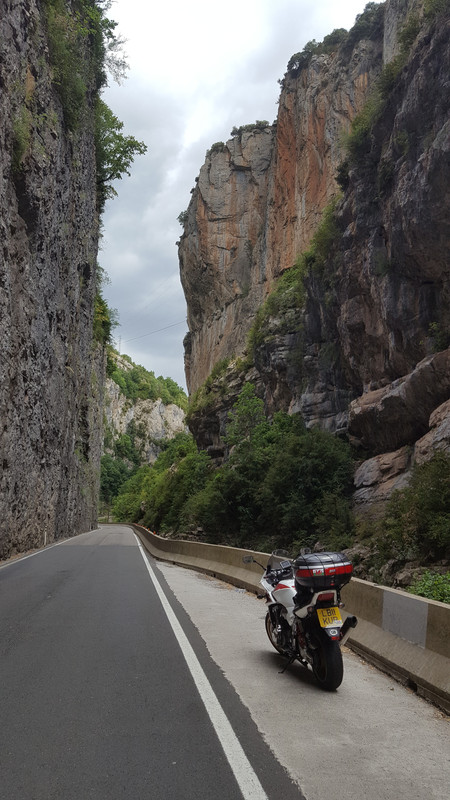 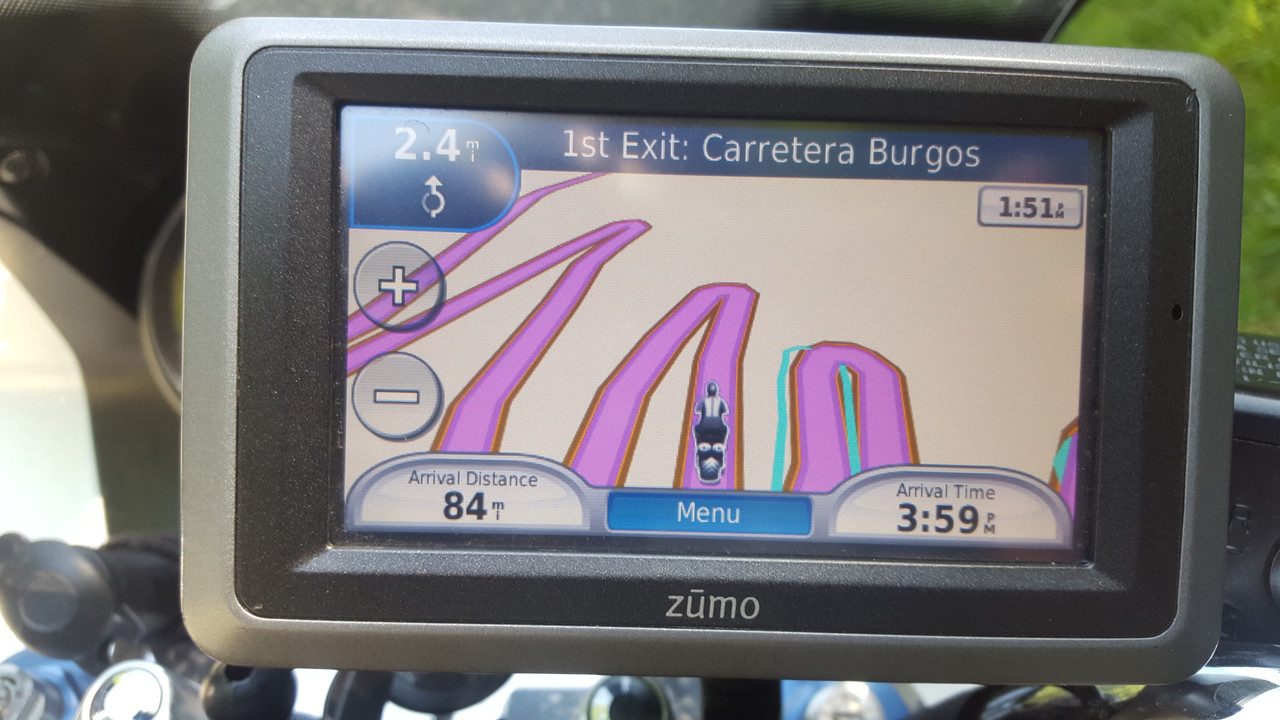 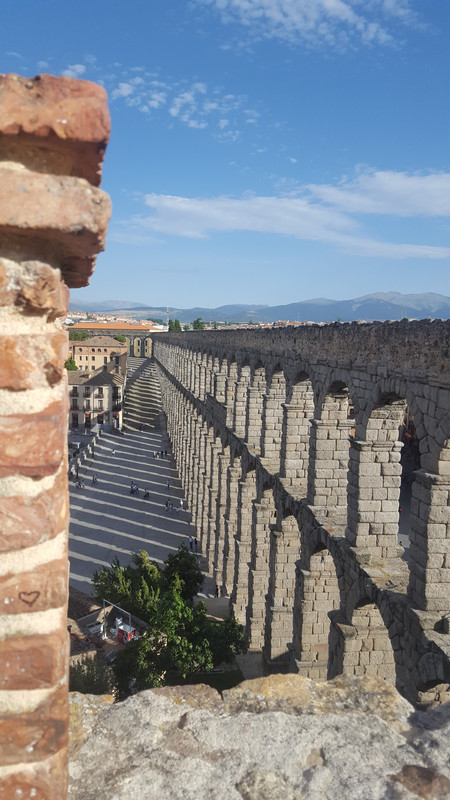 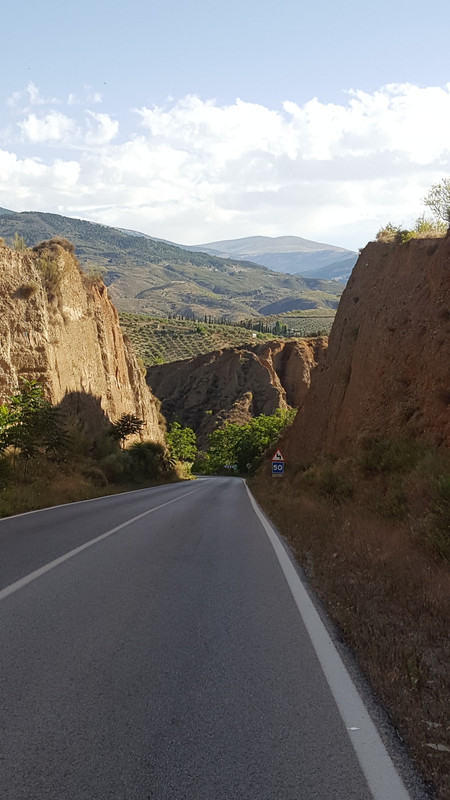 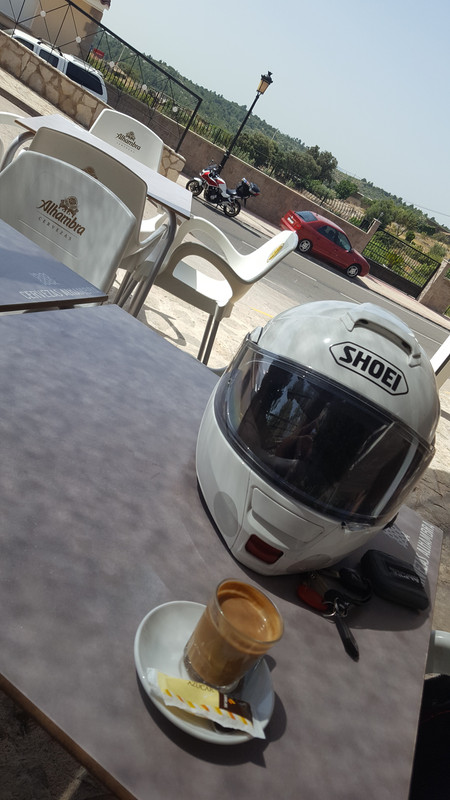 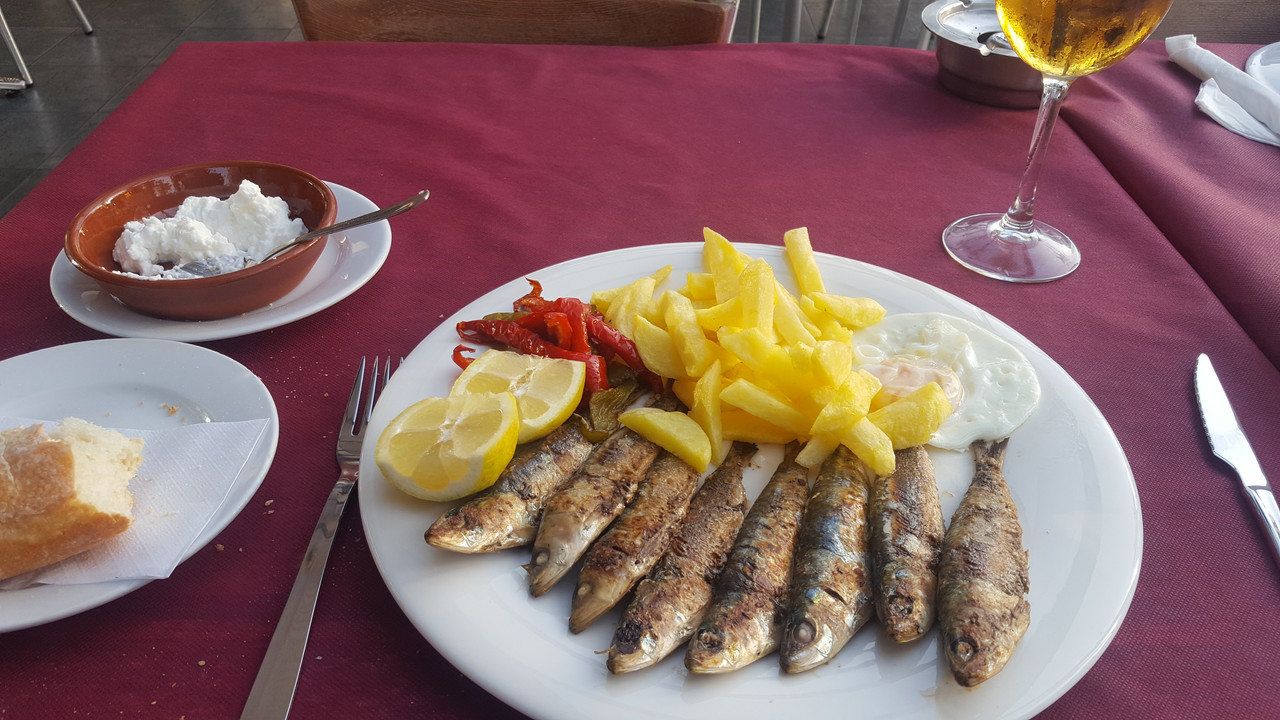 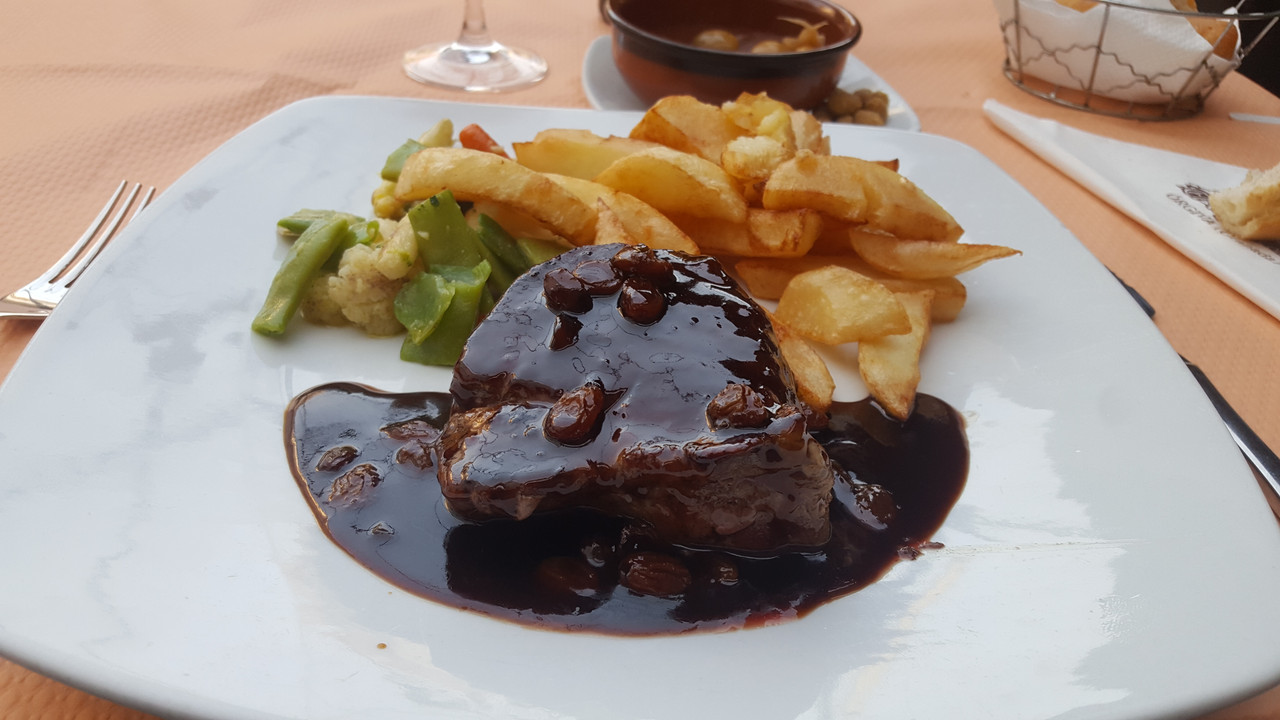 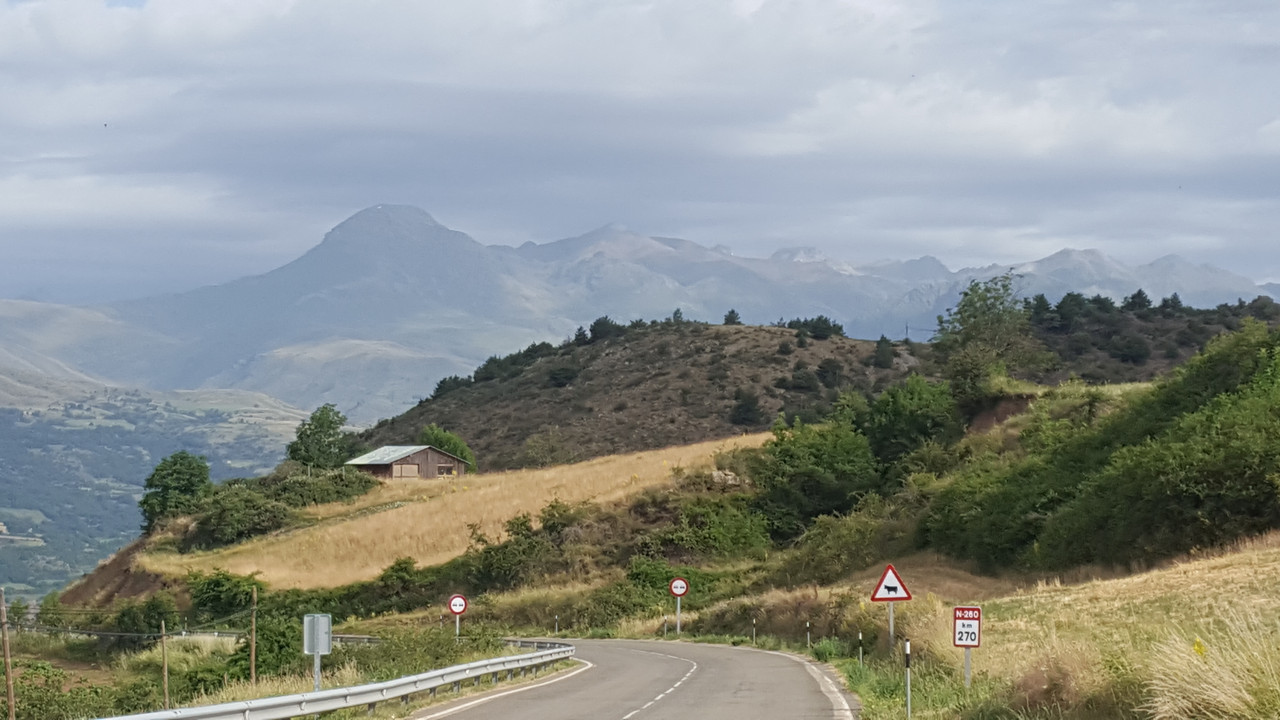 Fabulous, i only wish you had said you wanted company on this trip..i do like a nice warm Euro ride....

This was the route: 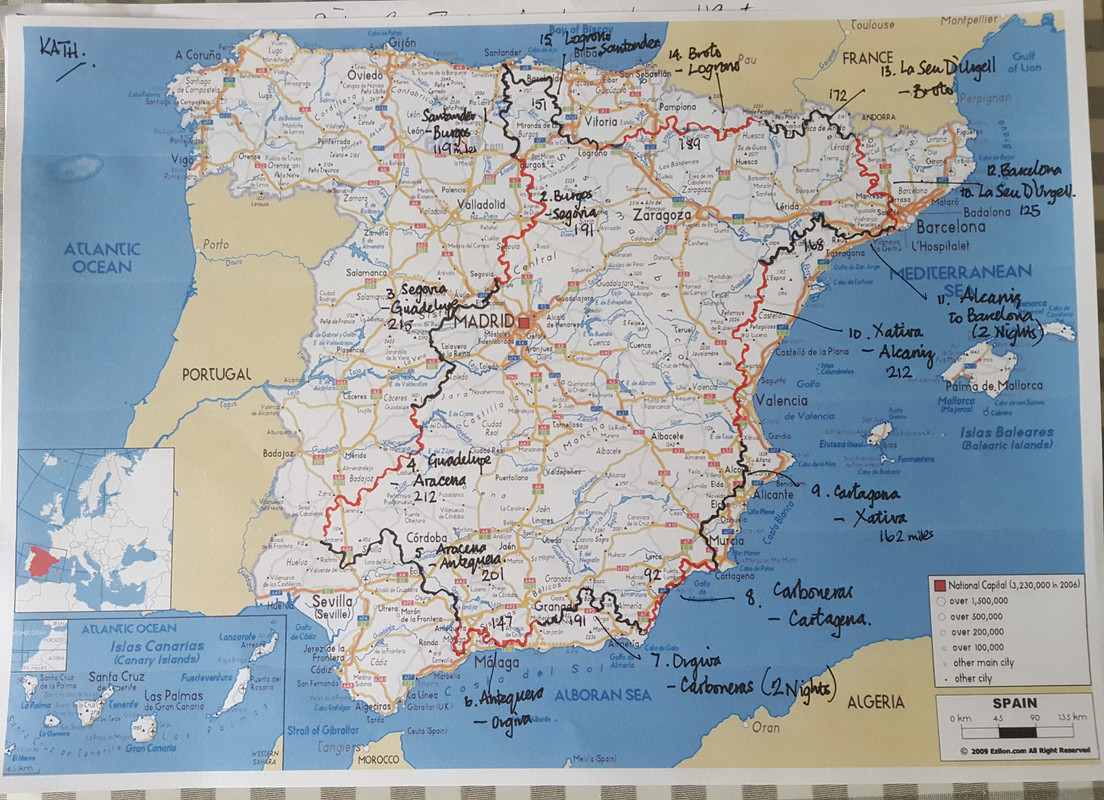 Fantastic photos Knapdog, looked like a great trip. My father has just returned from a trip around the Pyrenees and Andorra with 2 friends and said similar (they go fairly regularly), only saw one brit bike over there.
Top

I sat looking at your map - with the legs of your journey - for ages.

Thanks for sharing it