Ok ive aquired a rather sorry looking 86 C70, so the tails been trimmed, as per usual where they rot, but its been done tidily as far as i can see up to just where the curved section joins the bolt on metal under the plastic. the swing arm is ok but looks orange peely, dunno if this is just a crap finish, or a sign or severe rust inside. so to be safe ill replace it.

Looking for a seat for it, one of those single seat and a half ones with the roll/tuck top.. kepspeed do one, but id rather buy good used to keep the price down. will also need the hinge/mount as I believe it comes with the seat and is made for it. rounded side panels like on the passport/C90C dont care about the colour, but need to be crack and damage free. as ill be painting them. and an alloy swingarm, standard width and length as i will not be wanting to fit fat wheels. and if anyone can suggest a short front mudguard, as i prefer to have something to redirect the rain. surely not all "customs" have no front mudguard. also looking for the end section off a tin tail cub just the last 8-10 inch as ill be trimming it up, and fabricating it into the rear to look more like a properly bobbed rear, not just trimmed off n chopped. dont think it will matter which one its off as its just the end being used.

Complete C70/90 12v wiring loom,as this ones had the indicators eliminated, and god knows what else.. it looks like freddy kruger tried to do some maintenance on it. so id rather start from a known good starting point.
Top

Hi. Have this rear end from my lac that i saved,can cut the bottom bit off as i want the rear light bracket bit.
Bit rusty but may clean up fine. 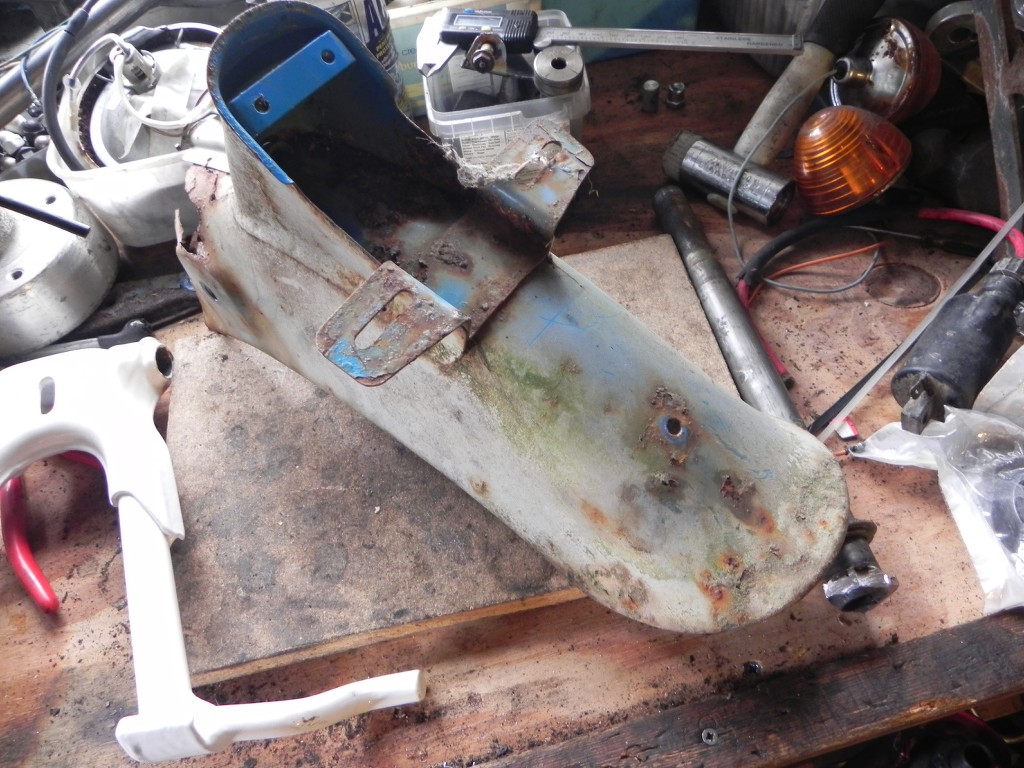 What are you looking for it Steve? I should be able to use the tail end for what i have in mind. i dont need the light bracket, so if you are just cutting the spot welds out i can probably use the rest.
Top
Post Reply
3 posts • Page 1 of 1